“Manga Eyelashes” are All the Rage on TikTok!

Do you know what is Manga Eyelashes?

I don’t know if you’ve noticed, but TikTok is now taking control of global beauty trends.

From useful skin care tips to DIY lipstick tips, TikTok’s “BeautyTok” community is a place where you can find and tap into makeup tips that can be used by users of almost any age group.

Just recently, a trend called “manga eyelashes” is sweeping through the TikTok community.

Manga eyelashes, as the name suggests, are inspired by the eyes of female characters in Japanese anime.

Unlike most other styles that extend evenly over the natural eyelashes, manga eyelashes have defined eyelash “peaks” that resemble a cute, exaggerated doll’s eyes, making them look more adorable and dynamic.

This is why it is becoming a trendy new makeup look sought after by the beauty community on TikTok today.

In fact, these manga lashes have been gaining a small wave of popularity since last year.

It was only in March this year that it was reignited by a video posted by a beauty blogger named @sacheu.

@sacheu is a Chinese-American beauty blogger who lives in Toronto and currently has 230,000 followers. Her daily videos focus on makeup tips and beauty product reviews.

It started when she noticed the trend was hot while browsing Little Red Book in China, so she decided to do a makeup review on manga eyelashes.

On March 9 of this year, she uploaded a TikTok post with the title.

“I’ll post a tutorial soon! with the short video “#mangalashes”.

I didn’t expect this video to be top trending in a short period of time.

One of the most liked comments was asking about the purchase of fake eyelashes, fluffy mascara, and qualitative mascara.

For example, a beauty blogger named @yexy, although she doesn’t have many followers, has achieved a beautiful manga eyelash effect by using fake eyelashes and her video has 252,000 likes.

A blogger from Japan, @rei_tay, showed various types of fake eyelashes he bought in a video, and not only did the video easily get a million views but from the video and the comments section, there were many people asking for links to buy them and to buy them on their behalf.

Until today, the #mangalashes hashtag has received more than 24 million views, and although it takes some makeup skills to draw these manga eyelashes, there’s no denying that this look is becoming a trend on TikTok, and it’s increasingly likely to become a breakout trend this year.

According to the data, the keyword “manga lashes” saw a small spike in the first half of the year, and the search index surged again in June and is expected to climb rapidly in the coming months.

In terms of regional search popularity, the United States, Canada, and Australia had the highest number of searches.

There was also a spike in searches related to “manga lashes extensions”.

Checking the keyword data in the backend of Amazon US, we found that the search trend of the phrase in the platform is quite good.

The data shows that the search volume of “manga lashes” on Amazon in recent months is in a continuous climbing stage, one of the Listing with the relevant phrase on the Amazon site monthly searches reached 13,803, an average of 460 times a day, by analyzing the demand and competition of these core traffic keywords. It was found that the total percentage of product clicks on this link was 29.3%, and the total conversion rate of clicks reached 15.3%.

In fact, eyelash makeup has been a hot topic on TikTok.

Many beauty bloggers are indirectly linking to the goods in the comment section by posting videos of eyelash makeup tutorials, and demand for them is still quite high in terms of feedback from users.

Most of the products are available on some b2b platform, and the wholesale price is basically around 0.9-2USD, so there is a good profit margin.

Now, as the “manga eyelash” trend on TikTok continues to grow, various eyelash beauty products such as false eyelashes, fluffy mascara, and qualitative mascara may become one of the beauty trends that will set off the second half of the year.

Freely chat or contact us to customize your private label manga lashes! 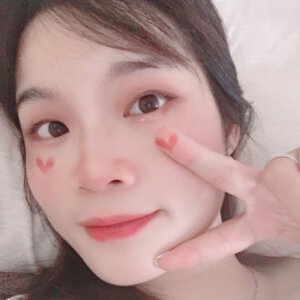 Hi, I'm Debby Peng, the Sales Manager of ohlalaltd.com, I've been entering the eyelash industry for 2 years now, and the purpose of this article is to share with you the knowledge related to Eyelashes from a Chinese supplier's perspective.
Read More

“Manga Eyelashes” are All the Rage on TikTok!

FAQ: All Questions about Mink Lashes

Enter your email to get our Catalog.

We will contact you within 1 working day, please pay attention to the email with the suffix “@ohlalaltd.com”.